So a lot of you have probably seen these pics on Beads Braids & Beyond  already, I was so honored when she asked to share our style as photo of the day!
I did this style on Keyanna at the beginning of October, I though it was fitting since it had a Halloween feel to it, This was my first time doing spider/web braids and I think it was the most intricate style I have ever done. We got tons of compliments and Keyanna insists it’s her new favorite style. 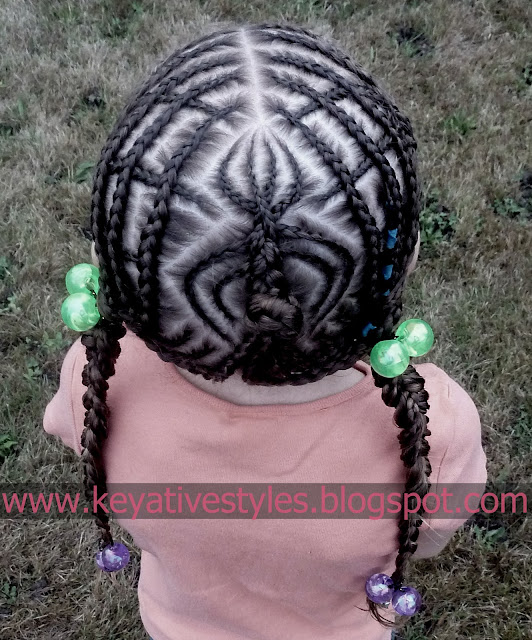 I’m hoping anyone who plans on trying to copy this style can do it by just looking at our pics and kind of following what we did through them because honestly this style is just too complicated for me to explain and I would probably just confuse you all more if I tried lol. I wil say that I started the style by parting her hair down the middle (from her forehead to the nape of her neck) and braided the left side first, and then did the right side making it as symmetrical as I could.. It is a little off though. I started with the top legs and did the rest of the spider, and then went on to do the web.  For the spiders bodyI actually tied her hair in a knot. I wanted to give it a 3D effect.
In the first pics I just put the loose hair in 2 side braid pigtails and threw in some ballies, We switched it up a few days later and added some beads. 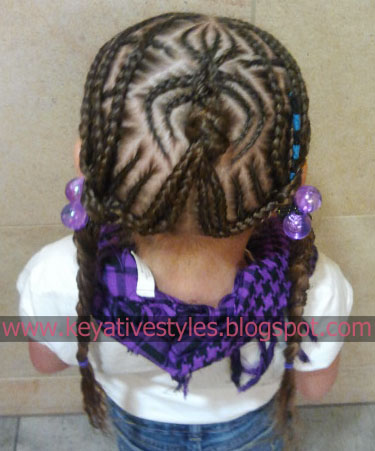 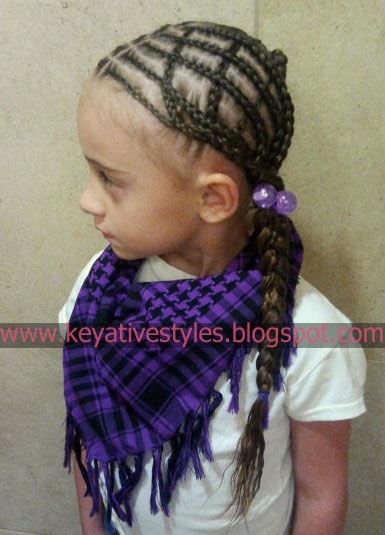 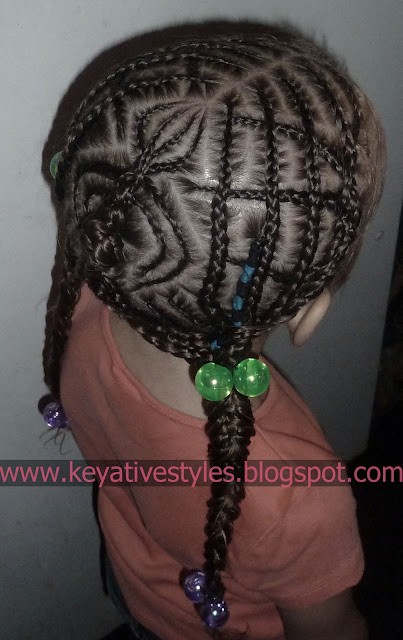 Chocolate Hair/Vanilla Care also did a take on our style doing flat rope twists instead of cornrows and it came out gorgeous. She goes into a little more detail on how she did the style so definitely check that out if your having difficulty recreating our style or if you prefer flat rope twists over cornrows.
A few days later we took out the 2 large braids and did some singles with beads instead. She wore her hair this way until we were ready to take it down. 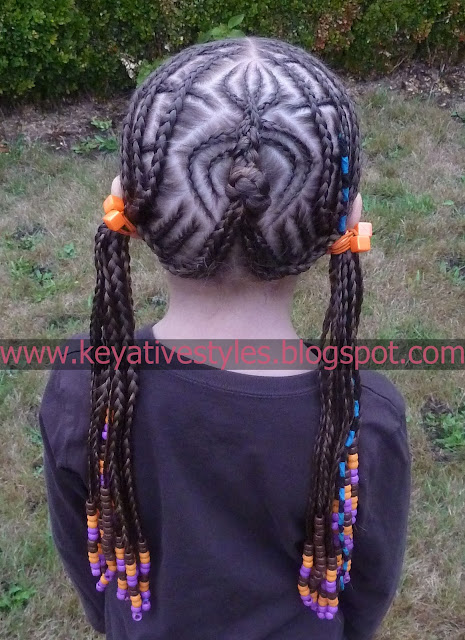 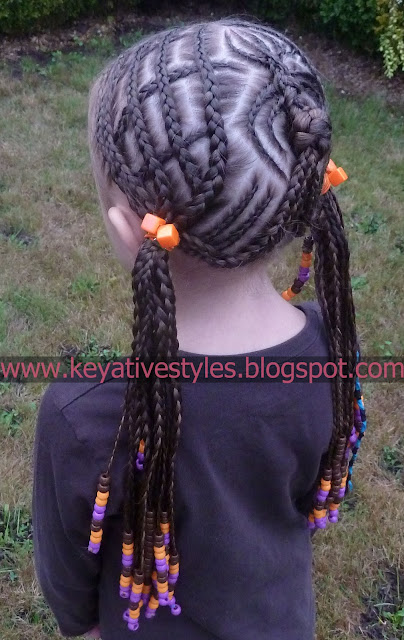 I know a lot of you are probably wondering what that blue and black thing is in her hair so let me just tell you it's a hair wrap. We had put it in a week or so before doing this style so I just worked around it. Anyways, that's a post for another time.
Posted by Makiyet at 2:20 PM