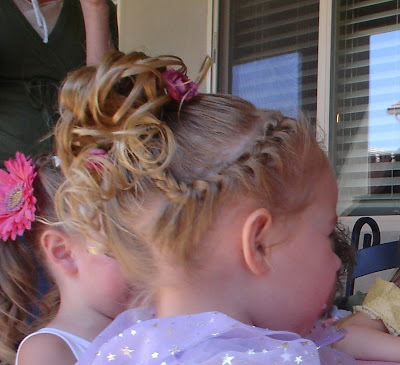 I wanted a little updo for my girl's princess party. I wanted something with a headband around her head, so this is what I came up with. I don't have a front shot, but I parted her hair on the side, where I normally would. Then I parted it from the part all the way around her head, where a head band would sit, & started french braiding it. I french braided the right side of the part & then I also french braided the left side of the part, it was not one continuous headband. I pulled the rest of the hair into a high ponytail along with the remaining braided pieces. I curled her hair with a flat iron (it works just like a curling iron, but faster) and then pinned some of the curl pieces up so it wasn't all hanging and the curls wouldn't fall out before the party. 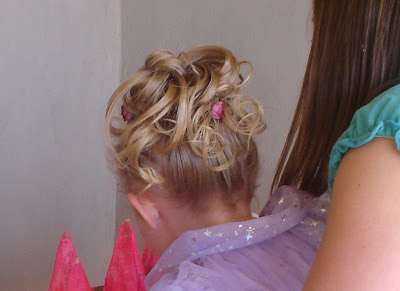