Sometimes I start doing their hair and I never quite know where I will end up. You can tell that is the case with this do.

I started by wetting her hair and parting it in a zig-zag down the middle. 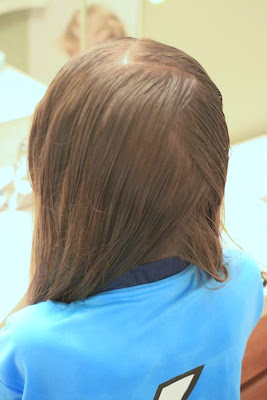 I then took each side and pulled it up into high ponytails. 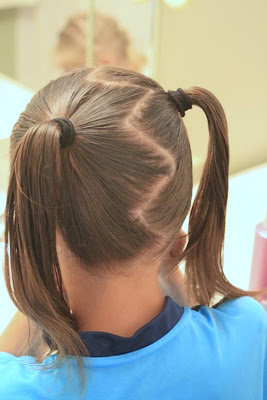 Unfortunately there aren't pictures of me twisting her hair into corkscrews, but that is what I did. I separated each ponytail into three sections about the same thickness. I smoothed some pomade on each section and split it in half. Then I twisted each half in the same direction while twisting them together the other direction. I repeated on each ponytail until I had three twists on each. 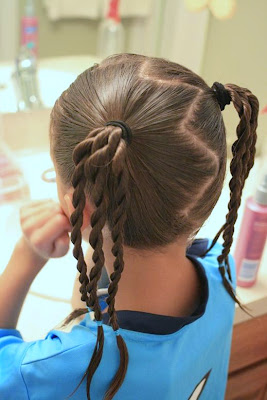 Then I took each corkscrew and pulled it up under the main elastic. IF I had known where I was going with this, I would have used clear elastics. She was playing soccer that day and I didn't want to chance the corkscrews coming undone and so the elastics needed to stay in place. Clear would have been much less noticeable. 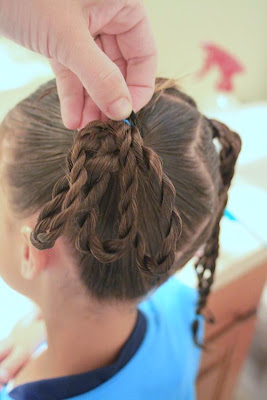 It will look like this. I am not a fan of those ends. 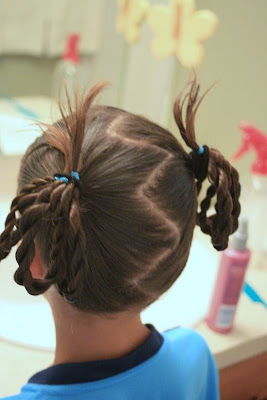 So I took my flat iron and curled them towards myself. 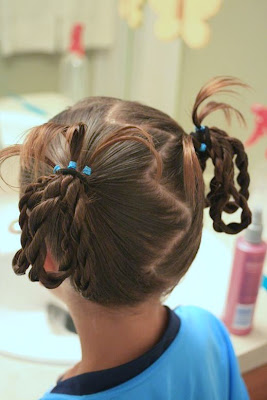 Then I added her soccer ribbons. Which, by-the-way, we can't use anymore because they won't let us use metal. Whoops. Guess they will have to wear them when they go to pro soccer games on daddy-daughter dates. The also helped to push those out-of-control ends back. 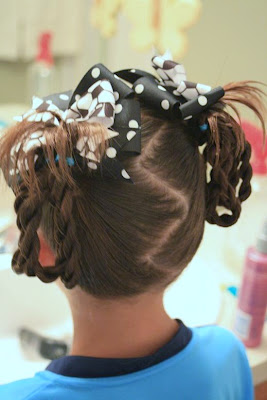 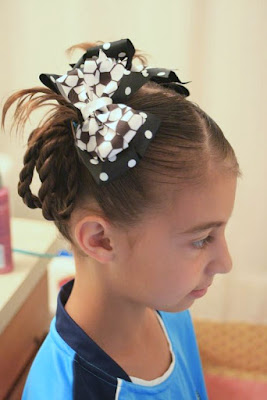 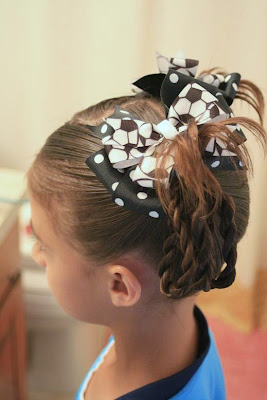 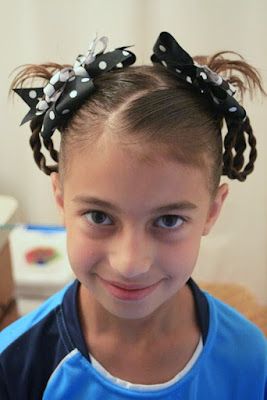 Email ThisBlogThis!Share to TwitterShare to FacebookShare to Pinterest
Labels: Twists